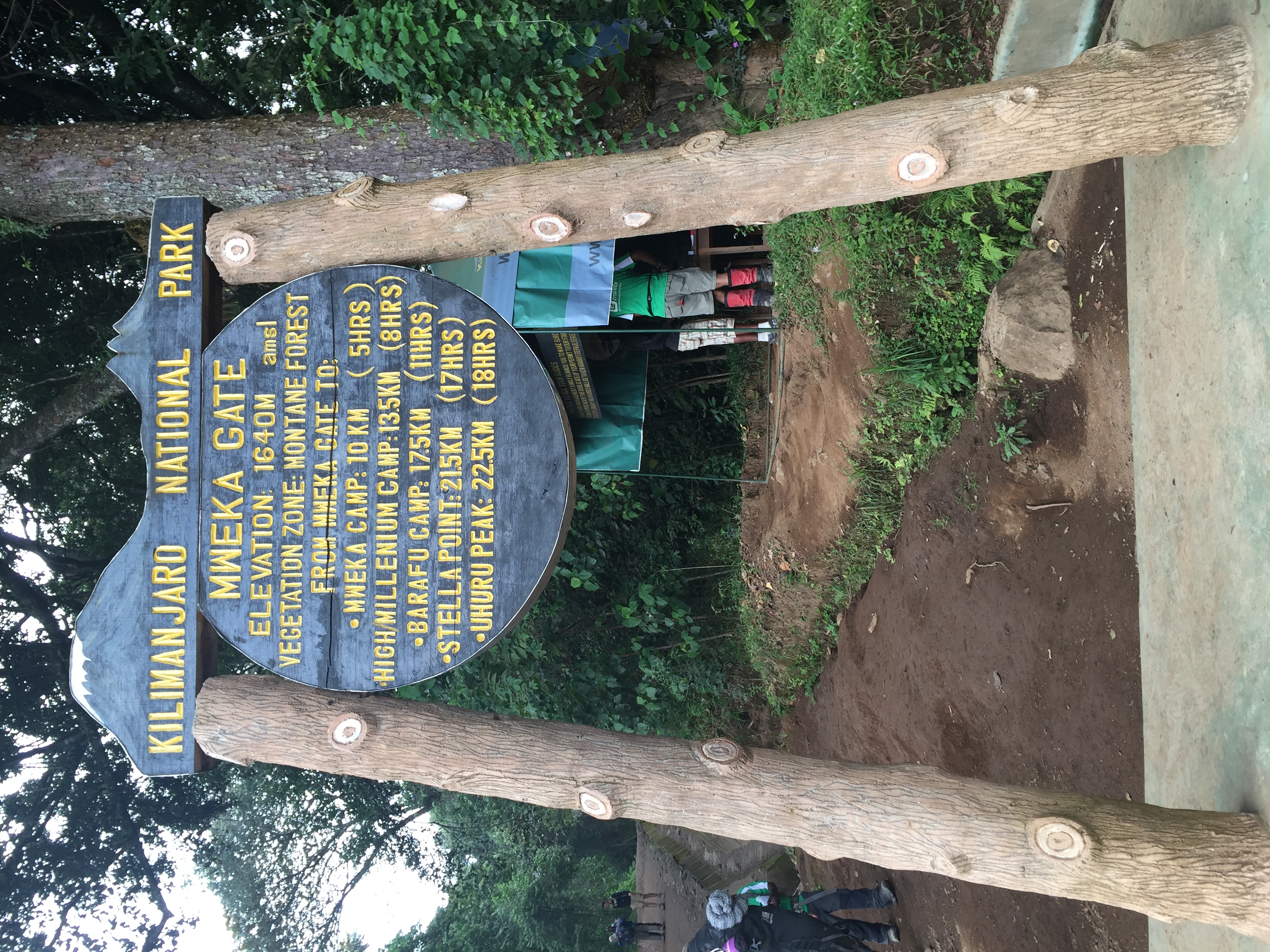 Breakfast at 06:30 – porridge, toast, sausage, egg and watermelon. Quite a few moans and groans from the 20+ hour day yesterday; lots of excitement about returning to Moivaro Coffee Plantation and the thought of a shower and a proper bed!

Tipping ceremony started just after 07:00. John very kindly stepped forward and said a few words for the group and then a nominated person (porter, helping porter, chef assistant, chef and assistant guide) stepped forward to receive the tips for their group.

Much happiness amongst the porters as I think Makeke said something about the maximum amount being given?!

A few songs from the support crew and much enjoyment from all and then we were off.

What I wasn’t prepared for was the small children, no older than Marlee still in school uniform, who run out to see you with big brown eyes, faces of pure innocence and amazing smiles shouting “Jambo” and then utter one word that almost broke my heart…”chocolate”. Yep, the single greatest thing or treat they know of is chocolate. 😮 Unfortunately I didn’t have any but luckily Sarah did and turned their unhappy faces into happy smiley faces again.

Get to where the bus is and it’s chaos! The rest of our group are there but we’re surrounded by locals trying to flog their wares – t-shirts, music CDs, crafted ornaments and one particularly dodgy chap offered me a baton with a 12″ blade hidden inside?! Also more children here asking for chocolate and when offered any it was literally snatched from the hand at light speed! I’m pretty sure one of those kids is stashing it all and using it as some sort of black market currency!

After our final lunchbox lunch courtesy of Spidey – egg bap, meat samosa, cake, banana and a carton of juice, we handed in our hired kit, our bags were loaded onto the bus and off we set to the hotel! 😊

Arrive back at the lodge at 16:30 ish. Shown to my lodge where I promptly take a shower. Only my OCD kicked in and instead I emptied my clothes on the floor, arranged and folded into piles and then packed into my suitcase!

As soon as I had satisfied the OCD tendencies, I took a shower and it was amazing!

Clean, smelling nice and in comfy clothes, I trotted off to the main lodge to get some wifi (and a Kili beer!) and send some messages out letting everyone that I was alive and had made it to the summit.

Dinner followed (a set menu from which I chose – Avocado & Papaya starter, soup (no more soup for a very long time!), grilled beef fillet and a passion fruit panacotta to finish) with everyone laughing, joking and generally very happy albeit very tired! (Restaurant staff danced and sang while bringing a cake out for Andy’s 50th)

As the evening drew on members of the group retired to bed and some final goodbyes were said; another emotional bit of the trip as we all bonded well and without the dynamics of the group the trip wouldn’t have been anything like it has been. A final goodbye was said to Makeke (the big potato!); without his personality, his…everything, I’m not sure how many of us would’ve made it!

What animal do you see here?